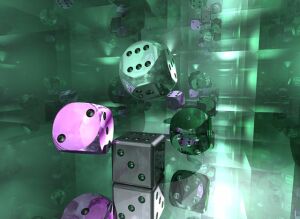 [2001-2004]
RealReflect was a successful EU project in FP5 together with the University of Bonn, Daimler-Chrysler and several other partners.

[started 1997]
The Advanced Rendering Toolkit, or ART for short, is a modular portable rendering package, implemented as a set of Objective-C libraries.

[continuous research]
A number of projects at our Institute dealt with generating realistic images using Raytracing and Radiosity. A number of algorithms have been developed, some of which combine the advantages of both these methods.

[1995-1996]
Several extensions to the generation of Autostereograms have been investigated.

[Feb. 1995 - May 1995]
A thesis project used Volume Raytracing methods to visualise natural interaction of particles and light. Volumetric modeling of halos allows one to create a wide variety of natural phenomena like turbulent fire, explosions, clouds and glows. The implementation has been added to a well-known raytracing package.

[December 1993 - November 1995]
Ray Tracing comes to it's limits, if one tries to model natural objects like plants, mountains aso. For this reason a new method to efficiently represent and render such objects was developed: Ray tracing with directed cyclic graphs. Only those parts of the scene are generated, that are really needed and contribute to the image.

[July 1993 - February 1995]
Of course we use our research results to generate images, which are impossible to achieve with conventional techniques like photographing. One example is the Extended Camera Model for Ray Tracing. Physical impossible lenses (e.g., lenses totally wrapping an object) can be realized and give sometimes strange but interesting results.

[October 1992 - September 1993]
The program Repaint-It allows the interacive generation of a computer painting with brush strokes taken from a natural or synthetic picture.

[1992 - 1994]
Typically ray tracing deals with linear light propagation. There are however situations where light is travelling along curved paths (e.g., gravity lenses, mirages). Nonlinear Ray Tracing deals with these phenomena.