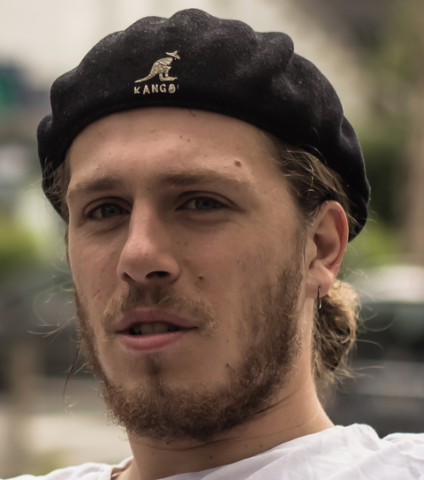 Since January 2022, I am a University Assistant (post-doc) at the Technical University of Vienna (TU Wien), in the Interactive Media Systems research group led by Prof. Hannes Kaufmann (https://www.ims.tuwien.ac.at).

Before that, I was a third-year PhD student at the National Institue of Research in Informatics and Automation (Inria) in Rennes, France. I was under the supervision of Ferran Argelaguet from Hybrid team, Maud Marchal from Rainbow team and Anne-Hélène Olivier from MimeTIC team. My PhD, entitled “Towards User-Adapted Navigation Techniques in Virtual Environments: Study of Factors Influencing Users Behavior in Virtual Reality” focused on research contributing to navigation in Virtual Environments literature. It aimed at providing new insights about the influence of experimental conditions on users’ navigation in Virtual Reality (VR) as well as new analyzes methods for assessing locomotion techniques to have a better understanding of human perception and action while navigating in VR. We aimed at improving users’ navigation in VR through techniques based on human locomotion laws. We used a multidisciplinary approach combining Computer Science, Human Movement Science and Perception.

Before, I studied at the National Institue of Applied Science (Insa Rennes) in France, where I completed my master’s degree in Computer Science in 2018. I also did an exchange semester at the Budapest University of Technology and Economics during my master’s (BME) in 2017.

Topics for Projects and Theses

Courses in the current semester