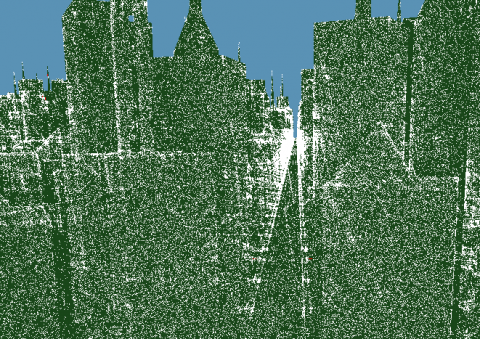 Visibility computation is one of the classic problems of real-time computer graphics: how to determine the part of the scene that is actually visible, the so-called potentially visible set (PVS)? If the PVS is known, the GPU only needs to render the visible part of the scene, allowing large and complex scenes to be rendered.

An important class of visibility algorithms does this computation offline, i.e., as a preprocess. In 2006, we have developed an algorithm that can efficiently find the PVS using sampling and ray tracing: Guided Visibility Sampling.

Now that hardware ray tracing is available, we'd like to know how efficient the algorithm can become by using it.

Your task is to implement Guided Visibility Sampling using hardware ray tracing, and evaluate its efficiency.