Augmented Humans in an Augmented World 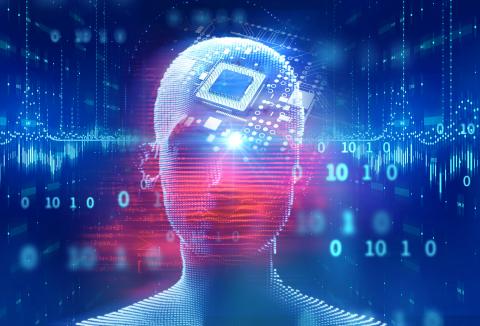 Colloquy Cycle
Soros, Gabor (Nokia - HU/Budapest)
45 + 15
Augmented reality (AR) has the potential to become the universal user interface between technology-augmented humans and a technology-augmented world by interactively connecting physical objects and digital information in space and time. I present in several examples how AR technology enables us to reveal invisible processes, to see and hear things that happen at different time or space, to intuitively configure and control smart environments, and to visualize simulated insights and a beautified reality.
Bio:
Gábor Sörös is a research scientist at Nokia Bell Labs in Budapest. His research interests span from mobile and wearable computer vision, augmented reality (AR), and computational photography towards augmenting humans with wearable technology, among others for interaction with smart things.
He studied electrical engineering in Budapest (HU) and in Karlsruhe (DE) with focus on communication systems, and visual computing in Vienna (AT) with focus on mobile augmented reality. He obtained the PhD degree in computer science at the Institute for Pervasive Computing of ETH Zurich (CH).
During his undergraduate studies, he was working as a student assistant at the Computer and Automation Research Institute of the Hungarian Academy of Sciences. From 2011 to 2015, he was the scientific advisor of the ETH spin-off Scandit on visual code scanning and product AR with mobile and wearable devices. In 2014, he completed an R&D internship on mobile AR at Qualcomm Research. Between 2016 and 2019, he was a postdoctoral researcher at ETH Zurich and he also worked as the lead engineer of the ETH spin-off Kapanu on AR for dentistry. Since 2019, he is also a technical advisor to the ETH spin-off Arbrea Labs on AR for cosmetic surgery. He joined Bell Labs in 2019 and is working on augmented intelligence.